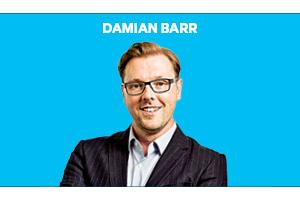 Coffee is no longer just for breakfast. Coffee cocktails are popping up on cocktail menus everywhere, from the now-classic espresso martini to sweeter, and darker, variations. People are obsessed with coffee and they’ll get their fix anyway that they can, including being signed up to coffee subscriptions from websites like https://ironandfire.co.uk/coffee-subscriptions/, for example.

Coffee is a cocktail anyway,” says Ali Reynolds, the current Diageo Reserve World Class UK Bartender of the Year. “It’s water, beans, and milk. All we’re doing is adding alcohol and making it into something even better.”

We are now down about 1.7bn cups a year in the UK, according to Allegra Strategies, which reckons we’ll have more than 21,000 coffee shops by 2020. No small beans. One of the fastest-growing artisanal roasters is Small Batch Coffee Company, which brewed its first cup just around the corner from me in Brighton. It now boasts seven cafes citywide, and wholesales its precious beans to Hawksmoor, among others. “Coffee is as complex and exciting as wine,” says Laura Lumsden, head of training. “Every bean tells a story, but we don’t force our customers to listen. Especially not first thing in the morning.”

Each Small Batch barista undergoes six months of training. I’ve popped in for a morning to learn more about coffee as a cocktail ingredient. We taste six different brews from Burundi to Brazil (where 30% of the world’s coffee comes from). They’re all brown, but there the resemblance ends. “Africa is a whole continent, so it’s hard to generalise,” Lumsden says, “but they tend to be fruitier. Central America has less acidity, but is really bright. Asian beans tend to be extreme and often smoky. Australia is just OK.”

Lumsden’s golden rules for the perfect cup? “Grind it just before you brew. Whatever your brew method, your water should be 92-96C. Don’t overbrew. Leave enough to make your cocktail.” When I ask about flavoured syrups, she shivers.

“Coffee cocktails have so much potential,” Reynolds says. “The espresso martini is the classic, but you can pull out natural bitterness instead. We’re launching the Clearwater Coffee soon – a clarified espresso with absinthe.”

My stubble stands on end after a sneak taste. And it may even help your hangover.

Three of the best

Coffee & Smoke
No need for pudding with this Hawksmoor staple. Sweet, yes, but the whisky lends a grown-up smokiness. Infuse 100g beans in the bottle for 20 minutes. Be sure to strain them all out!

Whizz it all up in a blender with three ice cubes and serve in a coupe with a tiny sprinkle of ground coffee on top.

Mr Black Coffee Liqueur
This hand-brewed unfiltered cold press is dark, bitter and bold, yet balanced. Serve iced or use as a base for cocktails. 30, thedrinkshop.com

Burundi Nyabihanga Buziraguhindwa 250g bag
Without being at all heavy, this single-estate coffee suggests sticky plum crumble and allspice. Bright and acidic enough to use for cocktails (if you manage not to drink it all in the morning). 7.95, smallbatchcoffee.co.uk 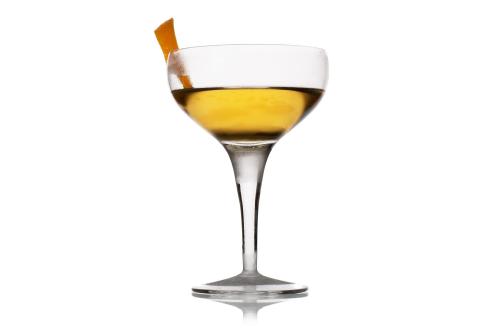