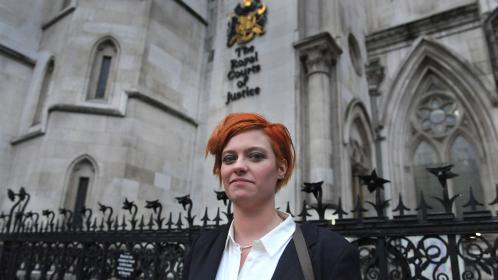 Jack Monroe, the food blogger and poverty campaigner, has won £24,000 damages in a libel action against Katie Hopkins, the columnist and radio host. Ms Monroe, 28, sued Ms Hopkins over two “war memorial” tweets, claiming that she was defamed by the former contestant on The Apprentice. Mr Justice Warby sitting at the High Court in London agreed.

The award sets a record for damages over a tweet. Ms Hopkins, 42, is also liable for costs and must pay £107,000 on account within 28 days, with the final sum to be assessed. The case arose in May 2015 after a war memorial in Whitehall was vandalised. Ms Hopkins implied on Twitter that Ms Monroe, who comes from a military family, defaced the memorial. It was a case of mistaken identity, however.

Baby’s do-not-resuscitate order lifted by doctors
Doctors have lifted a do-not-resuscitate order on a boy who suffers from a rare genetic condition. Seven-month-old Charlie Gard is believed to be only the 16th person in the world to be diagnosed with mitochondrial depletion syndrome, which causes progressive muscle weakness. His lungs cannot support him and he is being kept alive by an artificial ventilator.

Doctors at Great Ormond Street Hospital say that they have exhausted all treatment options. However, Charlie’s parents, Connie Yates and Chris Gard, told the Daily Mail last night that an order imposed last month had been lifted. They want to take Charlie to America for pioneering treatment.

Letters on rail strike are a stunt, claims RMT
The main rail workers’ union has described the offer of talks to head off a strike on Monday as a “stunt”.

Members of the Rail, Maritime and Transport union at Merseyrail are due to walk out for 24 hours in protest at plans for driver-only trains. The company lost a High Court action on Thursday to seek an injunction to stop the strike and has now written to the union.

But Mick Cash, the RMT’s general secretary, said: “Merseyrail have come up with this stunt which is solely to talk about axing our members’ current jobs and not to address the core issues of safety and the guard guarantee.”

In a letter to Merseyrail, Mr Cash said: “The preconditions set out in your proposed agenda do not deal with the issue at the heart of the dispute . . . as they are all predicated on the removal of all 220 safety-critical guards’ posts, which is the very point of dispute that our members have voted so overwhelmingly to take action over.”

Car thief who killed child admits manslaughter
A drug addict from a wealthy family who killed a child actor and his aunt when he crashed a stolen car while being pursued by police said, “It should have been me”, a court heard.

Joshua Dobby, 23, a car thief who was out of prison on licence, hit Makayah McDermott, 10, and Rosie Cooper, 34, in Penge, southeast London, last August. He had been smoking crack cocaine and heroin. He wrote of his feelings of guilt in a letter to his girlfriend, the Old Bailey heard. Dobby admitted causing death by dangerous driving and injuring Makayah’s sister. He entered guilty pleas to the more serious charges of manslaughter days before his trial. He will be sentenced later.

Pensioner died after fall from his bike in Halfords
A man died after falling off a bike that he was test riding in a Halfords store. Peter Norton, 79, who was not wearing a helmet, suffered a traumatic brain injury. He had bought the bike two days earlier but took it back to the store in St Austell, Cornwall, because of a problem with the gears. Matthew Noy, the assistant, was out of sight when Mr Norton fell, an inquest was told. Mr Norton then left to meet his wife, Jean. She noticed that he had a cut and swelling to his head. Mr Norton went home to lie down but later “flopped down”, having suffered a brain haemorrhage.

Darren Hambly, health and safety officer for Cornwall council, said that there had been no breach in safety regulations. Verdict: accidental death.

Health chief spared jail over £11,000 paid to husband
A former health chief has been given a suspended jail sentence for defrauding the NHS of £11,000. Paula Vasco-Knight, 53, who was chief executive of South Devon NHS Trust, paid the money to her husband, a graphic designer, in 2013 to produce a publication on diversity that was never delivered.

She and her husband, Stephen, 46, admitted defrauding the NHS after a change of plea during their joint trial at Exeter crown court.

She was the second chief executive of a south Devon health trust to be sentenced for fraud at the court this week. On Monday Jon Andrewes was jailed for two years for lying about his qualifications to get the job at Torbay NHS Care Trust in 2007. The two cases were not connected.

Vasco-Knight was appointed CBE in 2014 for her work on equality and diversity in the NHS. Recorder Don Tait sentenced her to 16 months and her husband to ten months, both suspended for two years. They were ordered to carry out unpaid work.

Would-be jewel robbers made off with a packed lunch Thieves who mugged the owners of a jewellery shop found that they had stolen their packed lunches, a court was told. The criminals thought that they had planned a sophisticated heist but came away with a Tupperware box and some sandwiches. They targeted a husband and wife who own a jewellery shop in Leeds as they closed for the night on October 27 2015. They punched the man in the face and fled with the holdalls.

Qasim Hussain and Hassan Mahmood, 26, were both jailed for nine years, while Naheem Hussain, 27, was jailed for three years. The three were convicted of robbery, assault with intent to rob and theft.

Mother plotted with son to murder his older brother
A mother plotted to kill her son with the help of his youngest brother, texting him: “We should make him fall in the harbour or off a cliff.”

Anthony was stabbed in the neck on the sofa by his sibling as their mother left the living room last April.

In a series of text messages that was read to the jury at Carlisle crown court, Alison told Gary: “I definitely think [Anthony] should be killed but not sure stabbing is the right method.”

Gary, who had become resentful about Anthony’s return to the home, later replied: “I’m fine with whatever as long as he dies.” Police said that only luck and the actions of medical staff saved Mr Murphy’s life after the “brutal attack”.

Blinks of dying victim convict sex abuse vicar
A former vicar who abused a choirboy more than 35 years ago was sentenced to four years in jail after a trial during which his victim, who was dying of motor neurone disease, gave evidence using technology that turned his blinks into words. Cyril Rowe, 78, was jailed by Bournemouth crown court for three indecent assaults at a Tower Hamlets church between 1979 and 1981. His victim, Michael Kelsick, 47, died before hearing the verdict.

‘Fake news’ case won
A businessman who sued over a campaign that alleged he was a murderer has won £80,000 in damages. Issam Hourani brought the case in London’s High Court after a 2014 demonstration outside his Belgravia home and a similar event in Hyde Park five months later. The “protesters” were paid and told what to do and say, and the events reported on websites and social media. Mr Hourani said they alleged he was responsible for the torture and death of TV presenter Anastasiya Novikova in Beirut in June 2004.

Hirst lift plan opposed
Plans by the artist Damien Hirst to build a lift on the outside of his Grade I listed London mansion have been opposed by English Heritage. It said the proposal to extend a lift connecting the basement to the first floor at the £40 million Regent’s Park property was “harmful”, and recommended permission be refused when planners meet on Tuesday. The 1822 mansion built by John Nash was bought by Hirst, 51, in 2004. He won approval in 2015 for a 150ft underground art gallery. 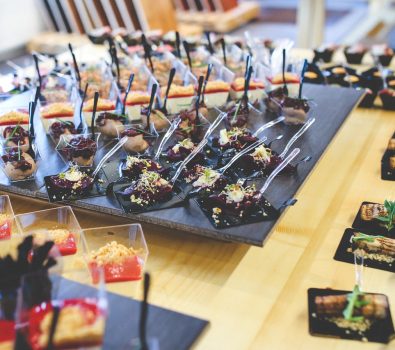