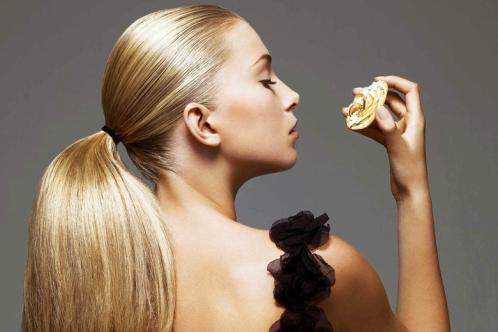 Somewhere, secreted in the It bags and desk draws of the chic and glamorous, you will find the evidence: a linseed or two in gathered in the lint by the house keys; a half-eaten packet of edamame beans or sriracha peas nestled by the stapler; a lone cashew nut under a notebook.

They are the survival fuel for the grazing generation, essential for firing up energy levels, preventing blood sugar from dipping to a debilitating low and, of course, for avoiding temptation when it comes to the snack machine. Without them, everything would suffer: our attention span, our workouts, even our health.

Micro-meals are now so ingrained in our lifestyles that we think we can’t live without them. Some employers striving to keep staff happy and productive offer free snacks in the workplace — granola bars and smoothies are increasingly provided in office kitchenettes — while high-flying executives are put through “energy for performance” courses on which they are encouraged to drip-feed their brainpower throughout the day with regular nibbles.

Snacks are recommended by personal trainers to boost exercise performance and recovery, by nutritionists to avoid weight gain and by paleo enthusiasts who munch on everything from pork crackling to macadamia bars in an attempt to keep energised on a diet that restricts grains, dairy and processed foods.

What constitutes a snack has changed beyond all recognition — it’s no longer just a Mars a day that’s helping you to work rest and play.

Our snacking preferences have become more refined — for instance, crisp consumption is in steady decline, dropping by almost 2 per cent in the past year — but we’re packing away more snacks than ever. A report on the snacking market by the market analyst Key Note, meanwhile, predicts that snacks sales will rise by 30.5 per cent in the five years to 2018, as we indulge in supposedly healthy stopgaps such as pitta chips, kale crisps and gourmet popcorn.

Although the grazing generation shows no sign of slacking, there is a growing backlash against it, an anti-snacking movement that claims there are scientific reasons for why we should cut down on eating between meals. Grazing became popular in the 1990s when studies suggested that eating little and often was best for the body. Large meals, we were told, served only to burden the digestive system, causing bloating and lowering energy as the body struggles to process them.

Eating three square meals a day would cause a sluggish metabolism, slow down the rate at which we could shed surplus pounds and lead to hours when, without food, our blood sugar and energy levels would drop. As a result, we became snack-obsessed and the food industry fuelled our desire to eat on the run with endless new mini-meal sized pre-packaged products in supermarkets, coffee shops and juice bars. It marked a move towards incessant eating that the nutritionist Dr Sarah Schenker, who speaks forthe British Dietetic Association, says has proven to be our undoing.

“We are perpetually fed this line by the food industry that we should never allow ourselves to get hungry and are lead to believe that hunger is dangerous to our health,” she says.

“It’s a myth and there’s absolutely no truth in it at all.”

We get the urge to snack less as a result of a natural, internal response to energy deficit, researchers have shown, than from a conditioned response: having snacks on such constant supply makes us think we need them. According to Schenker, by constantly topping up our energy levels we are effectively throwing a spanner into the works when it comes to avoiding weight gain.

“It used to be thought that grazing keeps up your metabolism because of the energy needed to digest food in the body,” she says. “The problem is that the calories in snacks far outweigh the small increase in calories burnt through eating.” In short, we consume more than we use up, the inevitable outcome being weight-gain.

Scientifically at least, the justification for snacking is looking less defensible. Last year, researchers from the Netherlands reported in the journal Hepatology that, compared with three large meals a day, frequent snacks were more likely to cause cholesterol stores in the liver to rise along with the accumulation of harmful fat around the waist.

Dr Mireille Serlie, who lead the trial at the Academic Medical Centre in Amsterdam, said her findings clearly suggested “that by cutting down on snacking and encouraging three balanced meals each day over the long term may reduce the prevalence of non-fatty liver disease”.

Meanwhile, findings by scientists in the Czech Republic suggest that two hearty meals a day achieve far better blood-sugar control for people with type 2 diabetes than constant nibbling on six daily mini-meals. All volunteers in the 12-week study lost weight. Yet the findings, published in Diabetologia, showed that those eating twice a day lost about half a stone (3.7kg), compared with just over a third of a stone (2.3kg) for the snackers.

Schenker says this is not surprising. “Constant snacking means your blood sugar levels are changing and insulin is released because you are not allowing your body to enter a catabolic state by running down energy stores,” she explains. “Insulin promotes fat storage and inhibits fat breakdown. The more of it is released, the more difficult it is to achieve weight loss.”

Even the case for snacks as brain-fuel has been thrown into doubt. In 2011, Professor Andrew Smith, of Cardiff University’s school of psychology, reported in a study that, although frequent snacking had few negative effects on cognitive performance, it “appears to have few long term mental-health benefits” either. At Tufts University in the US, a team of researchers found that while a mid-afternoon snack helped children perform better in memory tests, it didn’t enhance their attention span or focus. In fact, a placebo worked better.

Start digging and there’s little in the way of convincing evidence that micro-meals are beneficial, either for body or mind, a summation reached in a review conducted by British Nutrition Foundation scientists for their own journal, Nutrition Bulletin, in 2013. It concluded that despite many years of scientific interest in the effects of snacking, “the lack of consistency in study design and snacking definitions and the array of potential confounding factors (eg, physical activity levels) makes interpretation of findings difficult’’. In other words, it’s hard to pin down any proof that the grazing generation has got it right.

Schenker is adamant they have not. “We don’t need constant fuel to perform at our best. It’s perfectly normal and healthy to be hungry.”

From quiona chips to yoghurt pots we give our health ratings 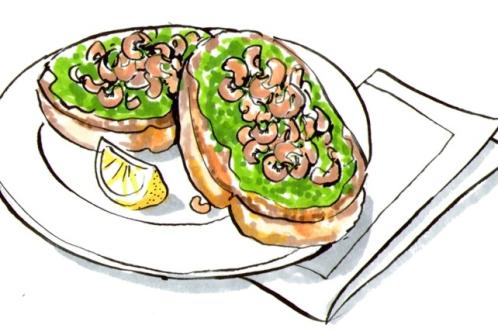