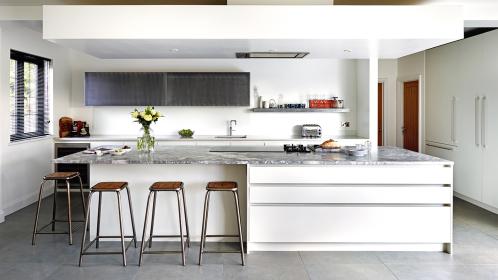 Defined spaces and muted tones are on-trend, and don’t be afraid to mix and match materials. Below we explore some of the best ways to add value to your kitchen, so check out our tips for some inspiration.

Our prime minister, Theresa May, loves to rustle up a meal for friends, prefers Jamie Oliver’s casual style to Delia Smith’s rule-bound precision and has more than 100 cookbooks to store. So what will she do to her new kitchen?

The Camerons famously spent £25,000 on the eating quarters of No 11 six years ago, adding Corian worktops, brushed-steel shelves and a velvet mustard sofa for hosting Michelle Obama. The kitchen of 2016, however, is all about natural materials, muted colours and a hint of copper or brass – no gloss, no bling, no nonsense (although that doesn’t mean that one can’t browse luxury homewares; copper or brass cabinet handles, for example, are readily available on luxury sites like Pushka Home).

What could be more Brexit-appropriate than ultra-hip Plain English, for example, whose Southwold kitchen “harks back to an era of beach huts, metal buckets and spades, and sandy jam sandwiches”? With a price tag of £50,000 to £60,000, however, May might want to consider Plain English’s offshoot, British Standard, which has off-the-shelf cupboards in Shaker-style made in its Suffolk workshops and painted in of-the-moment shades – muted greens and browns, dark greys and deep blues.

It seems we Brits will continue to pour money into updating what is considered the selling point of the home. You’ll often find that most people who can’t quite afford certain things out of the salary look at personal loans to help them. This is a good idea for those who can afford the repayments comfortably. Research by Sainsbury’s Bank found that a third of UK adults have invested an average of just under £4,000 in their kitchens in the past three years. Favourite purchases include double-door fridge-freezers, range cookers, ice makers, wine fridges, warming drawers, indoor barbecues and, inspired by too many episodes of MasterChef, sous-vide machines. Of those who have taken out a loan with Sainsbury’s, just less than half cited home improvements as the reason. We ask the experts for their top trends of the summer.

THE TRENDS
Multi-use spaces
“As patterns of modern life are changing, we’re seeing a strong trend towards multifunctional spaces and less of the traditional separations,” says the architect Natasha Reid, of Natasha Reid Design. “Open-plan living is very desirable, particularly with the kitchen now the focal point for home life, the key place for entertaining and socialising.”

Nevertheless, there is an increasing demand for clever ways to keep the feeling of open-plan while being able to separate dining and living areas from time to time, so those doing their homework, or enjoying a glass of wine, can do so in peace and quiet.

Doug Hodgson, of TDO Architecture, created a sliding wooden wall in a project on Kelross Road in Highbury, north London that stows away to form part of a custom-designed bookcase, or opens out to hide parts of the kitchen area. Floor tiles change to parquet in the dining and living area to create contrast between the “rooms”.

Mix and match
You wouldn’t perfectly match your handbag and shoes these days, so don’t match all the furniture and materials in your kitchen. The new BioGraphy brand, which launched in May and is a sister to 1909, encourages mixing things up. Its BioGraphy eclectic fusion design, for example, has matt grey handle-less cabinetry, punctuated with “accent” areas, a slate-grey pantry, an orange drawer, bits of reclaimed oak and an island with a different work surface.

Graeme Smith, a senior designer at BioGraphy, says it sums up the approach that’s very popular at the moment: “Stamping your personality on an interior to create a scheme that’s individual, modern yet will stand the test of time.”

The interior designer Simone Suss, of Studio Suss, says one of the biggest emerging trends is the mixing of materials. “People are spending more time in their kitchens and are definitely become braver in their kitchen choices, opting for wooden flooring, concrete for worktops and distressed wood for cupboard doors,” she says.

Painted doors
There’s a move away from basic painted ivory doors towards natural and period Farrow & Ball shades, says Graham Jones, of Mereway Kitchens, with darker colours doing particularly well. Charcoal greys, dark blues and blacks are the “colours to watch”, according to Victoria Marriott, a director at Roundhouse.

The designer Clare Pascoe, of Pascoe Interiors, tips “matt lacquered doors in a dark sea blue, offset with pale oak-veneer wall units and framing panels”. She adds: “Where colour palettes remain classic, we inject interest through texture – for example, a pure white kitchen with horizontal wood grain to give depth.”

Natural woods
Equally popular is making a feature of unfinished or natural woods, the summer-in-Scandinavia look of naked blond timber. This works well with metallic finishes, which, says Scott Nicholson, the head designer at Chamber Furniture, are very much in demand, “from warm copper tones through to pewters. Deep burnished hues are now reflected in cabinetry, tiles and industrial-style taps.”

Wharfside, which sells solid-wood furniture, says it is experiencing growing interest from people who are fed up with mass-produced kitchens. Its Team 7 designs are made using European hardwood, including wild walnut, wild oak, maple, cherry, beech, beech heartwood and alder, treated only with natural oils.

Hide everything
By far the most popular gadget at the moment is the boiling-water tap, providing instant cups of tea and avoiding messy kettle flexes. Even better is one combined with ice-cold water – some people are fitting separate cold, filtered water taps. Tamara Tymovski, an interior and furniture designer for Sybaris Interiors, says that, although clients still like a traditional kitchen look, they want to stash the mess away. “No handles on doors, and even switches, plugs and sockets are meant to be hidden. As opposed to the Nineties, when large cooker hoods were all the rage, now everyone wants integrated hoods that are invisible,” she says. If a kitchen uses air conditioning, for example, the homeowner might want to check out a more modern replacement for their appliance, that can be somehow integrated with the rest of the kitchen. This will really add a modern affect alongside the hidden cupboards and necessities.

Integrated multiroom music systems, operated on tablets or smartphones, avoid radios on the work surface, and hobs are being moved to kitchen islands, so you don’t turn your back on guests or family while cooking.

Meanwhile, wine coolers and bespoke wine storage are no longer only for the super-rich, and people want coffee machines that grind beans, and steam ovens rather than microwaves for the new “clean eating”.

ADDING VALUE
Shall I replace my kitchen? And will it improve the value of my home? These are the two questions most asked of Chris Mullin, the manager of Hamptons International estate agency in Muswell Hill, north London. His answer to the first question is generally “no”.

“A beautiful kitchen can improve saleability, but it can be a costly affair if you get it wrong,” he says. “Kitchens have become so personalised that second-guessing what a buyer wants is harder than it might seem. Ultimately, a buyer may wish to install their own rather than pay for someone else’s taste and choice of appliances.”

So it is a gamble, but if you get it right, Mullin’s answer to the second question is “yes”. A well-designed kitchen will improve the value of your home, but by how much and whether it’s more than the expense of the new kitchen is debatable. Direct Line, the home insurer, suggests a new kitchen can add up to 15 per cent to the value of your home. Jo Eccles, the managing director of Sourcing Property, the buying agent, believes it is closer to 10 per cent. Other estate agents suggest the figure is about 5 per cent.

Eccles says: “I have seen clients go to sealed bids because the kitchen was so beautiful and well planned. A kitchen that ticks the boxes and is a genuinely lovely space will make a difference to how much a buyer falls in love with the property – and what they will pay.”

Ben Bambrough, the managing director of the property staging company bB Design House, recommends upgrading a kitchen rather than starting from scratch. “Hand-paint the doors, change the handles, replace the worktop and/or upgrade the appliances,” he says. “You won’t get much back by spending 25,000 on a brand new kitchen because homes are essentially sold on square footage. By installing a new kitchen you are relying on people paying more for the same square footage.”

Yet a badly designed kitchen can put buyers off. Nigella Lawson may have opted for pink cabinetry in her home, but for the rest of us neutral colours are sensible. “Most buyers will get rid of a brightly coloured kitchen, creating an expense they either don’t want to pay or resulting in them not purchasing a property,” says Richard Barber, a director at the estate agency WA Ellis.

According to Jennifer Kerr, of the online estate agency Purplebricks, adding an island or a utility area toyour kitchen are good ideas to increase value. 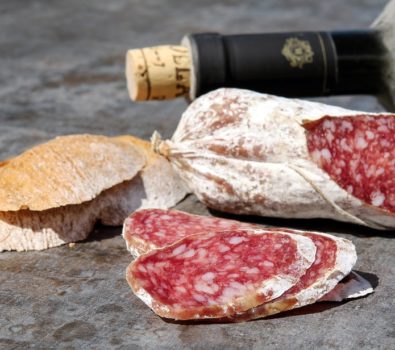