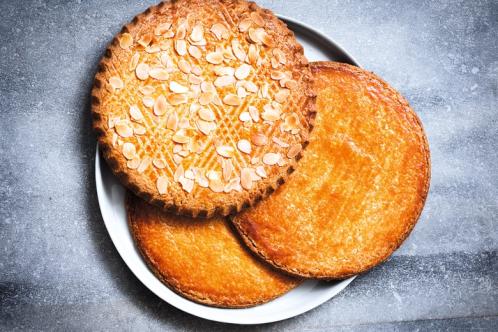 Last month Prue Leith said that French food was losing its way. “I trained in France,” she said, “and I learnt so much from that marvellous tradition of French cooking — but now look at it. No one cooks any more. They get potatoes out of a tin.”

Bernard Laurance, one of France’s most popular food bloggers, would beg to differ. In fact, he is somewhat outraged by this idea.

“Tinned potatoes?” he says sounding shocked. “Mais non. I have travelled the length and breadth of my country and I still see people cooking wonderful traditional food. I feel it is my job to find out these dishes and then recreate them on my blog.”

It is his blog, La Cuisine de Bernard, that has proved such a sensation. It is full of pictures of the handsome squeaky-clean 36-year-old cooking up a storm, making everything from pasta with wild mushrooms, walnuts and smoked duck breast to the death-by-chocolate cake “L’assassin”. It gets more than two million views a month (50 million in total, and 50,000 Facebook likes), and as a result of his popularity he now has a TV series, Les desserts de Bernard. His first book (Les desserts de Bernard) was published in France last year, the second (Le grain de sel de Bernard) earlier this year, and he has just been published in the UK for the first time. All this while he works part-time as an air steward for Air France. Travelling the world is a crucial part of building his recipe catalogue, he says: “Wherever I am I try out food. I have travelled around the world for the past 16 years.”

Laurance disagrees with Leith. “I don’t think French food is losing its way at all,” he says. “I know there is this idea that French food has gone trendy with little blobs of this and tiny spoons with a bare mouthful of sauce on it, but I celebrate traditional food. People like to do complicated recipes and I show them how to do it by recreating the food I have eaten round the country.”

For his pasta with wild mushrooms dish, for instance, he travelled to Perigueux in the gastronomic Périgord region of France. “I go to places that interest me and then I find a small local traditional restaurant and ask for their signature dish.” This dish, he says, was amazing. “Oh, it melted on the tongue, and the range of flavours made it exquisite.”

There was no recipe, however, to describe how it is made. “These dishes are handed down through families,” he says. So Laurance dashed back to his flat in Paris and set about re-creating the dish. “I have to get it perfect,” he says. “I may make the dish up to 100 times, more if I can’t get it quite right.”

Once Laurance feels he has perfected the recipe, he makes the dish, photographs every stage, making it easy to follow the sometimes complex recipes, and then puts the step-by-step guide on his blog.

“It is simple now,” he says. “Anyone can make that dish because I have it perfect now. But this one took me, oh, maybe ten attempts until I got it spot on. Not bad, n’est ce pas?”

This is Laurance’s speciality — he deconstructs dishes endlessly until he finds their essence, then he reconstructs them for his millions of followers. And he doesn’t do only French dishes. He also makes fried Thai money bags and risotto with red curry and shrimps.

“I have always loved cooking,” he says. “I started to cook when I was little with my mother. I grew up in Paris and my mother was a very good cook and when I was six or seven years old we used to do poached eggs together.”

By the time he was 13, it was his dream to write a cookbook. “I had no idea how to do it,” he says. “I just cooked for my own pleasure. What I really wanted to do was to recreate recipes from all over the world. So I cooked this cake from Brittany

and it is very rich and layered and amazing, full of sugar and butter and flour. But at 13 years old I couldn’t find a recipe for it so I just did it myself. It took me a year to get it right — I spent hours and days on it and, eventually, I got it right and I was so excited. Really I love to do it. It is my madness.”

His blog has recipes from the Lebanon to Morocco and includes such delights as harira chicken soup and baba ganoush.

He says he would have carried on working full time as an air steward (he has now gone part time to concentrate on his cooking career), if not for his life changing in 2009. “I was about to go to Rio. There was going to be a three-day stopover and I really wanted to taste some good Brazilian food, but a month before I was supposed to go I changed my mind.”

His scheduled return journey from Brazil to Paris was on Air France flight 447 — which crashed with no survivors.

“It’s what made me more determined to do a cookbook,” he says, “but no one was interested. I started the blog instead.” The blog really took off at the end of 2010 when he won a Golden Blog Award. Why does Laurance think people like it?

“I think it’s because they know the recipes work,” he says. “I take ages over them. I go round the world finding food I love to eat and then I come home and recreate it. I ate some gingerbread last year and it was so delicious. I went home and tried to recreate it. I have cooked it 120 times over this last year and I have finally got it right and I was so excited. But I am not going to blog about it yet as I want to keep it to myself.”

On the back of the success of the blog he has done a cookbook in English, called Baklava to Tarte Tatin. “Yes, finally!” he says. But why has he written a book on desserts? “Because that’s what I get the most hits for,” he says. “Desserts are more complicated because they can go wrong. It depends on getting the ingredients absolutely right, and then the time you bake something has to be correct.

“Pasta is quite simple. When I eat something I generally know how to do it but that’s because I am so experienced now. I have made so many recipes in my life.” Yet he has spent six months on a pasta recipe. “I tried it over 35 times. People like that. They know I am crazy like that.”

He has just launched his blog in English (www.cookingwithbernard.com) but as yet doesn’t have too many English dishes in his repertoire. Why is this? Is it because he is French and thinks our cooking is no good?

He laughs. “No. I love coming to London. I think the standard of your restaurant food is amazing. I think you are more multicultural than we are in France. I know people think there is a rivalry between Paris and London when it comes to food, but I think most people are better off cooking at home and then spending money on a good bottle of wine or champagne. I have had enough of restaurants serving dishes garnished with flowers.”

In the near future, Laurance is intending to write more cookbooks and possibly get another cooking show in France. “Or in the UK,” he says. “But I am still in the process of finding out what you like to eat and what will work on the blog.”

Meanwhile, is he going to give up being an air steward? “Oh no,” he says. “I love it.” Does he get mobbed by his many fans? “I wear spectacles and I am in my uniform. No one recognises me.”

But, until he graces our screens, he is determined to carry on. “I get read by many people of many ages but women aged 30-50 are my biggest demographic.” He is making it is his mission to broaden their tastes. “I want to go to China,” he says, “and I will deconstruct their food in a way that everyone can access. Did you know there is no such thing as Chinese fried rice? No? Well, soon I shall tell you what different types of rice dishes they cook and I cannot wait. I shall never stop, you see.”

His next dream is to afford a proper demo kitchen where he can offer cooking classes and also photograph his recipes in a better space. “I am cramped in my tiny flat,” he says. “A big well-equipped kitchen is my dream. It will happen. I am mad enough to think it will.”

He is certainly determined. “When I was 18 I was cooking so much and eating it all and I got really fat. I then decided to lose weight and I lost 42 kilos in four months.”

Forty-two kilos? How on earth did he do it?

“I work out,” he says. “I work out all the time and I think, well, if I can do that, I can do anything. I don’t care if things are a success or not. It’s how I feel about it. That’s what matters.”
www.lacuisinedebernard.com

Method
1. Cream together the butter and sugar (ideally in a stand mixer). When the texture becomes creamy, add the egg and continue to beat.

2. Add all the flour and beat just to incorporate. Do not overwork: as soon as the dough is smooth, stop mixing.

3. Shape the dough into a ball, flatten it slightly to make a disc, cover with plastic wrap, and chill for 1 hour.

5. Working on a lightly floured work surface, or on a sheet of parchment paper, roll the dough into a large disc just under ¼in (5mm) thick.

6. Using a plate set upside down on the disc, or a tart ring, cut out a 10-in (25-cm) round. You can make smaller cookies with the extra dough.

7. Transfer the disc on the parchment paper and chill for 10 minutes.

8. With your thumb and forefinger, pinch the rim to make an attractive pattern. Brush with the egg glaze and sprinkle with sliced almonds.

9. Bake for 20 to 25 minutes on the parchment paper set on a baking sheet, keeping a careful eye on it, until it is golden brown all over and firm to the touch. The baking time will depend on the thickness of the dough.

10. Put the baking sheet on a rack and let cool completely. The traditional method of serving this giant cookie is to place it at the centre of the table and give it a blow with your fist. 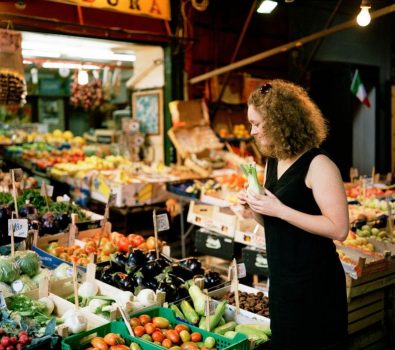