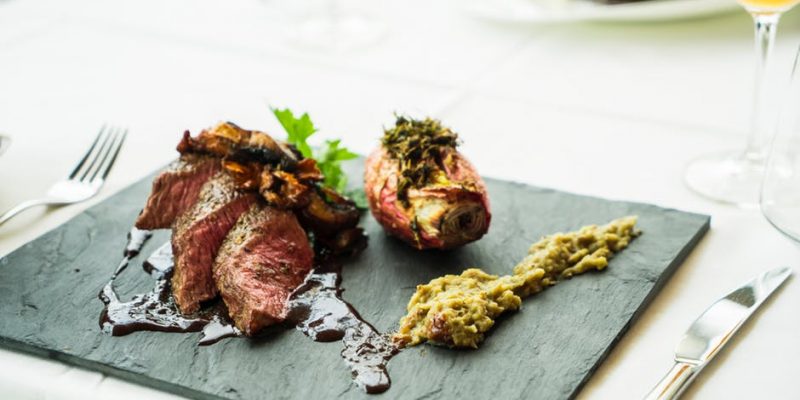 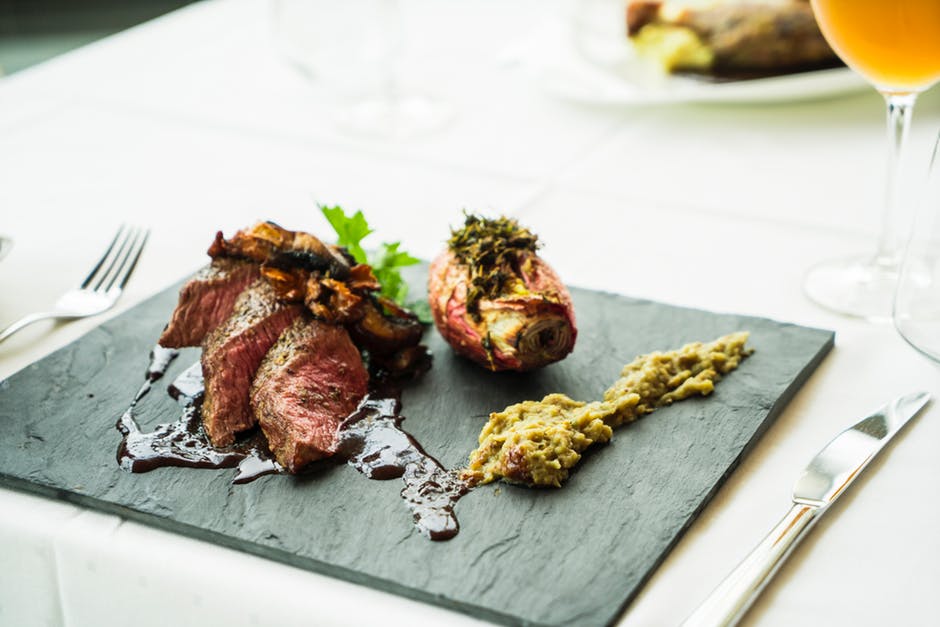 Everyone knows that the first bite is with the eye, and that first bite takes in more than the food itself. As well as arranging a dish in the most appetising way possible, it helps to use crockery that enhances the flavour or general feel of the food it is carrying.

One of the most common ways to spice up the serving of a steak is by using a slate board instead of a traditional plate. Of course, that doesn’t necessarily mean that it’s the right step for your establishment. There are pros and cons on each side, and you should take the time to consider them before you move ahead.

What Are the Benefits of Serving Steak on Slate?

Cooking on slate is actually a staple of rustic French and Andorran cooking. The traditional method of ‘pierrade’ involves first heating the slab over an open fire and then placing the meat on it once done. You probably won’t actually put your slab over an open fire, but serving steak on a slab of slate can help conjure up images of that rustic past. Since steak is such a traditional meal, the serving surface can truly be said to complement the dish.

Of course, there are advantages beyond appearance. A slate slab is also excellent at retaining heat, so a steak isn’t going to get cold in the unlikely event that your diners aren’t in the mood for eating it right down.

What Are the Drawbacks of Serving Steak on Slate?

Probably the main problem with serving on slate is that it might feel like you’re simply doing something novel for the sake of it, and that can turn diners off. You simply need to ask yourself whether it’s going to meld well with your overall style and atmosphere. If it does, go ahead; if it doesn’t, you might want to hold fire.

Other drawbacks are relatively minor, though worth considering. For example, slate slabs are a little harder to clean than traditional plates, and they tend to cost a little more. 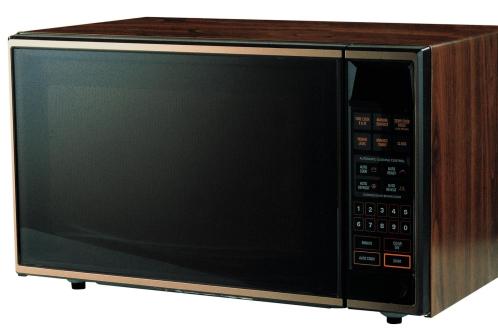